Applications Of Blockchain To Your Daily Banking Solutions 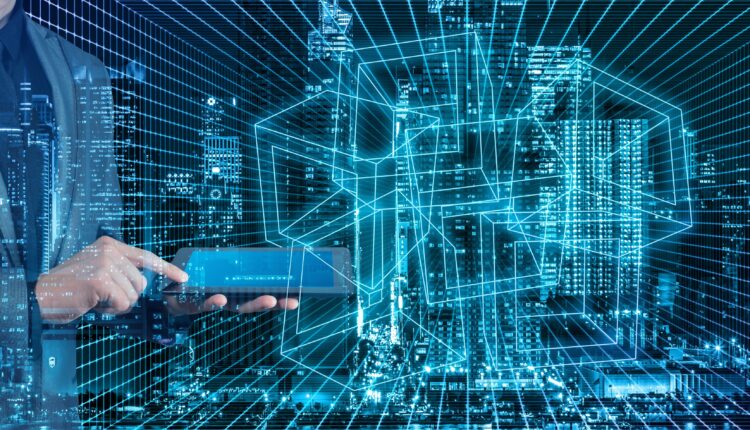 Even though blockchain has only been around for eight years, it has gained widespread use in the tech sector due to all the advancements it still has to make. Blockchain 1.0, which has implementations in the form of cryptocurrencies like Bitcoin and Ether, Blockchain 2.0, which includes applications in the Fintech sector, and Blockchain 3.0, which will have more general applications like tracking land ownership and resolving property disputes based on consensus on the blockchain, are its three main versions.

Version 1.0 established the blockchain protocol’s foundation for use. Bitcoin is the first use case. The underlying protocol keeps improving over time. Crypto Banking solutions that use the Blockchain protocol are called Bitcoin.

This generation of technological advancements contributed significantly to the growth of the blockchain ecosystem and paved the way for much larger blockchain implementations. With hundreds of cryptocurrencies and associated ICOs (Initial Coin Offerings) already in existence, Blockchain applications have advanced past version 1.0. Now is the time to use Blockchain 2.0-based applications to revolutionize the financial technology sector.

Is Conventional Banking at stake?

Early adopters of this technology include Santander Bank, which has discovered more than 25 applications for it in its banking platform. Because the banking industry depends on the trust and loyalty of the general public, it must use technologies that have undergone extensive testing and have a zero failure rate. No one can trust banks if transactions or other banking processes occur over flawed systems.

This is the leading cause of banks’ prolonged stagnation and resistance to changing their technology stack to adopt new technology.

But this time, the question is not whether they should switch to blockchain or not, but rather when they should do so. This is because it is clear they have no choice given the promises and applications of blockchain in the banking industry. To survive in the twenty-first century, they must switch to the blockchain. I’ll explain why this is the case. But first, be aware of banks’ tools to assist their clients.

Most modern banks operate on digital platforms built on Java or other similar languages. They have an interface for their staff members and an access control system that limits what each employee is allowed to do. So, for instance, a cashier may increase or decrease the amount based on the request of the respective account holder. However, this system has a significant flaw, and that flaw is the cashier.

Consider the following scenario: For unknown reasons, the bank cashier decided to withhold a specific amount from any customer’s account. Of course, there is a human-base check to see if the cashier has engage in any illegal activity, but this is only done after the cashier has been involve in any unlawful activity. The technology, the system, and itself are powerless to prevent or rein in such behavior.

The benefits of Blockchain Technology Company are now at your service. A blockchain-based platform would have stop the transaction base on the nodes’ consensus, and the cashier would have been identify without further investigation. A decentralized and trustless system makes this possible.

Decentralized implies that no one person owns or controls it. Everyone participates in decision-making for the entire system; no one person has complete control over anyone else. Any member of the blockchain can propose a process, and everyone can vote on whether to accept it or not. Everyone has an equal say in whether to take a particular action.

It allows people to own their money instead of giving it to a central authority that makes all the decisions without consulting bank employees.

Second, a trustless system for managing assets and property is provided by a blockchain. This means that you don’t have to trust anyone else to determine whether or not your transaction has been verified. All you need to do is conduct a transaction involving your assets or property. The blockchain-based platform will ensure that it is legitimate and let you know if any erroneous transactions have occurred from or to your account.

These two features will invalidate fraudulent transactions and protect the victim’s account.

This will reduce investigation and hiring costs and improve property management. No system in history is more revolutionary.

The fact that blockchain is, by its very nature, open help. This means that joining the network doesn’t require you to ask anyone or obtain their consent. You can quickly join the web as a node and help run it if you have a machine or computing resources.

Because blockchain is above the ideas of bias and discrimination, its use is now even more essential. It treats every node equally and only acts following their proof of work or proof of stake. No other node or centralized actor has the authority to make decisions about you or your assets and to carry them out.

In the current situation, opening an account in a bank requires a laborious process of rules and regulations. Additionally, you must believe that the bank will safeguard your life savings and treat them ethically. But this system is flawed from the start. Banks are not require to keep all this account holder information on file, nor is the account holder need to have confidence in the bank. It belongs to you. It should be yours. Blockchain provides this. If a banking system is power by blockchain, all you need to do to open a bank account is copy the metadata. That simple yet revolutionary, is it?

Just consider the effects of a platform with the above features in the banking industry. This is what makes blockchain for banks, not a choice but rather a requirement. They can undoubtedly postpone the switch, but experts in the field concur that the move to blockchain is unavoidable. Because of this, the top 10 to 20 banks worldwide are all making significant investments in studying this technology.