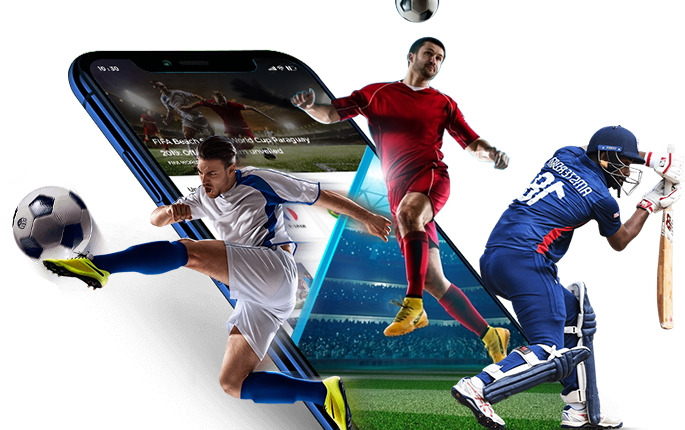 The younger generation has been expressing interest in sports like hockey, kabaddi, football, basketball, volleyball, and baseball. even though cricket still dominates the sporting landscape in India. Fantasy sports, which connected numerous well-known companies and celebrities are to blame for the expansion. And rise in interest in other sports in India, according a white paper on Indian technology.

Sports enthusiasts have been introduced to sporting events that would not otherwise have garnered popularity in India thanks to fantasy sports competitions. Fans are now following sports like kabaddi, hockey, women’s football, and cricket, and exposure to these events on FS platforms is changing their interest in sports and how often they watch it. However, live streaming capabilities and the accessibility of sporting content on both conventional and cutting-edge platforms have raised user participation on Fantasy sports sites even more. As a result, sustained fan involvement increases viewership and TRP, which in turn draws in more sponsors and fosters the growth of the sports industry as a whole.

Additionally, it is anticipated that improvements in athletic facilities and the popularity of leagues at the national level will fuel the expansion of the Indian FS business. Other important environmental variables that support this expansion include the growing digitalization of media, the simplification of digital payment systems, the rising use of low-cost smartphones, and large international expenditures in high-speed internet infrastructure.

A sports fan can build a team out of actual players from upcoming games in fantasy sports, a type of skill-based online sport. Based on the actual statistical performance of players during a real-life match, these virtual teams accrue points, and winners are determined appropriately.

Online fantasy sports (OFS) providers and platforms deduct all necessary taxes at the source prior to disbursing rewards to winners.

A few companies that have benefited from the online fantasy sports industry. Include digital payments, content aggregators, sports goods, and online broadcasting of sporting events. Some large organizations are considering using these sports as a platform for product advertising.

KPMG predicts that by FY23, India’s online gaming revenue. which is currently $43.8 billion, will increase to $118.8 billion at a compound annual growth rate (CAGR) of 22.1 percent. However, the Indian fantasy sports industry is growing at a CAGR of 32%, and it is anticipated to be worth $3.7 billion. By the end of 2024. The Indian Premier League (IPL) continues to be the most popular league because of platforms like Dream11, World777.

Additionally, PwC estimates that by 2024, the Indian online fantasy sports market would be worth $3.7 billion.

According to Harsh Jain, CEO and co-founder of Dream Sports, during the IAMAI’s IndiaDigital Summit 2022. Fantasy sports are displaying their potential to become one of the economy’s major contributors in terms of participation.

Fantasy sports have significantly increased the number of Indians participating in tier two and three cricket tournaments. As well as in non-cricket sports like Kabaddi, basketball, hockey, football, handball, and volleyball. Because they have the chance to establish a team and compete against others. Customers watch matches or portions of matches that they otherwise wouldn’t. This fundamentally changes how people interact with sports, which has a positive impact on how well they are commercialized.

The Transformation Of Traditional Sports Into Fantasy Sports

The symbiotic relationship between fantasy sports and traditional sports is well-established. Several studies’ results indicate that fantasy sports are encouraging consumers to watch more live sporting events. Which eventually supports the commercial growth of leagues and tournaments in a range of sports.

Sports content platforms have grown in popularity in the business as they cater to the demands of fantasy sports. Players who spend time online obtaining data and information to hone their skills while assembling virtual teams. Following athletic events and reading about athletes, teams, the environment, and playing fields are a few of these.

Industry leaders and think tanks that research this market believe that formalizing recognition of the fantasy sports industry. And putting in place a system of governance based on principles would enable Indian fantasy sports. Operators to concentrate on innovation. expand their operations, and grow their businesses within an environment of open regulations. They said that by encouraging a sporting culture at all levels and making India a global sports power. This will help India’s vision of “Atma Nirbhar Bharat.”

The Complete Guide To Investing In Cryptocurrency

The Most Delicious & Nutritious Breakfast for Your Baby: Healthy Food For The…