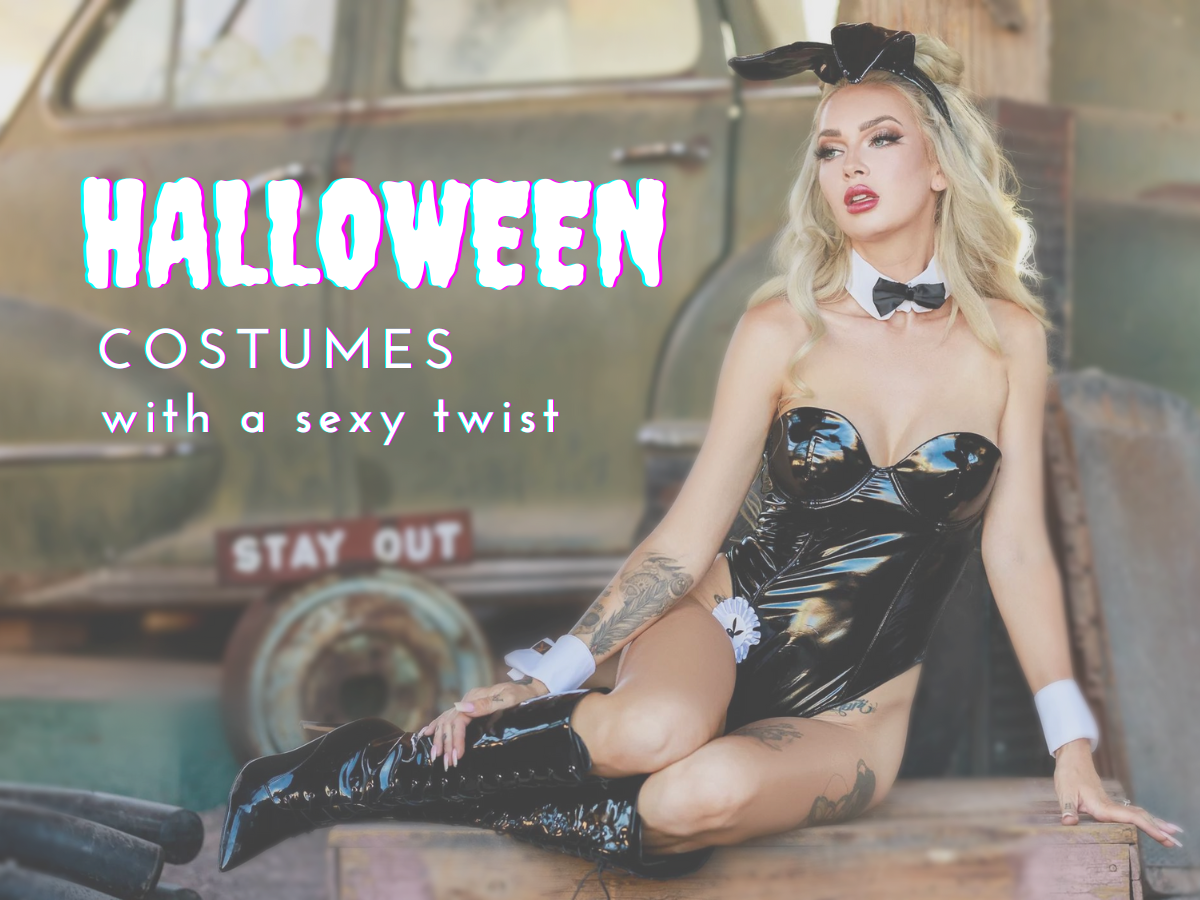 Halloween Costumes with a Sexy Twist

Sexy Halloween costumes have been popularized by a lot of celebrities including Kylie Jenner, Cardi B, and Halsey. Since it is now a popular costume, it is difficult to find a unique one in the Market. But here is a list of Halloween Costumes to consider that will make you look unique and also comes with a sexy twist.

Bunny costumes have been introduced as a cute type of Halloween costume. As an example, some people dress up as Bugs Bunny During Halloween. On the other hand, bunny costumes go with a different approach like the Sexy Playboy Bunny Costume. It came from the logo of the famous Male Magazine that has been so popular these days. The costume can be worn in black color and red color.

It might be difficult to extinguish the hotness for this next costume. The usual uniform for a fireman is the overalls with helmets on. It’s quite fun to dress up but it is not the sexy costume that you are looking for. Firemen costumes or sexy Firemen costumes rather, consist of a swimsuit-type costume, with a fishnet on the thighs, boots that is above the knee, a black strap-on that is connected to the belt, and a red cap that has a firemen symbol.

As one of the sexiest costumes out there, cops and robbers come with a different twist this time. Unlike the usual police uniform and the robber’s wearing a ski mask, there’s another version that can be considered to wear at a Halloween Party.

For the cop costume, you’ll need:

For the robber costume, you’ll need:

It kind of looks more like a mafia-type costume, but it can still be tweaked. You can go to the more common look of a robber that wears a ski mask, but instead wear a striped crop top shirt, fishnets, and black boots.

Throughout the years, maid costumes came up with new interpretations. Unlike the usual maid uniform which mostly wears a white blouse with a hat, the costume was more focused on showing off the sexiness of the person wearing the costume. For example, the maid costume can be seen on different social media platforms and has different variations to it, but the basic items you’ll need are:

Dressing up as a nurse with a sexy twist may give the audience a heart attack. The costume still follows the white color of a nurse costume. However, it can also come in red or black. The costume resembles lingerie. It has a white color with red stripes to add texture to the costume. It can be matched with high-cut boots in the color red or white. And for accessories, white gloves, a stethoscope, a white nurse hat with a red cross, and a nurse baton.

Witches and devils saw as spooky and scary costumes that you wear for a Halloween event. However as time goes by, it can now be a sexy Halloween costume.  With a little twist, it can become the hottest costume on the list. For the witch costume, it only needs:

And for the devil’s costume, there is stuff you can buy online like a red lingerie devil costume with added devil’s horn, red boots, and a red-colored trident to make you look more like the hell’s ruler.

It is referred to as one of the “cutest” costumes for Halloween. But when added with a little more touch, the angelic look plus the sexy twist will make the costume even hotter. Just like the rest on the list, there are fairies’ and angels’ costumes that can be bought online. It also looks like a lingerie-type costume. And as both of the theme kind of look the same, with added wings to the lingerie, it surely makes the costume even sexier. For the accessories, as for the fairy, a magic wand can be added to the costume and for the angel, it is a halo. It usually comes in the packaging when the costume is bought online.

A wild west-themed costume is very common to be a hot costume. For the native American costume, there are tribal dresses available online that feature a sexy version of the tribal outfit. It resembles more of a dress and a one-piece bikini type combined. As for the cowgirl costume, you’ll need the following:

There are also ready-made cowgirl costumes that can be bought online. And cowgirls characters’ costumes like Jessie from the movie Toy Story which has a sexy cut instead of the same outfit the character wears in the movie.

Without a doubt, the mermaid costume is the sexiest costume on the list. The mermaid costume has a simple but sexy outfit. It only needs a bikini top and a skirt that resembles a mermaid tail just like what Kylie Jenner wore to a Halloween Party. If you want to add more accessories, you can add sea shells for the tops and wear a colored wig to look like Ariel from the Little Mermaid.
Every Halloween costume nowadays or even a non-Halloween costume can be dressed up as a sexy costume. Just adding a little twist to the costume, results in a different look. If you are having some difficulty finding a costume in your local retail stores, you can create it with the clothes you have in your wardrobe and edit it a little bit. Or you can buy it online just like the sexy playboy Halloween costume.

Fresh Styles To Wear Your Hoodie Like A Trendsetter

The Top Wigs For Women Offered By Wig Factory

The significance of dressing in layers

Get Fashionable With Quality Leather Jackets