How eSports App is Transforming The Gaming Market 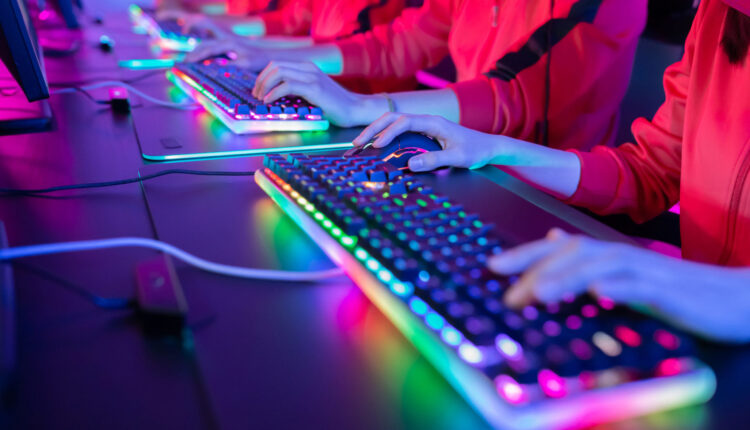 Esports is just the latest version of our ongoing obsession with a competitive advantage, driving industry and creating commercial associations with all types of sports, from tennis to football and from the smallest local competitions to the biggest world championships.

Recent statistics show that the eSports sector grew at a compound annual rate of 8.5% between 2016 and 2019. Despite some debate among analysts and pundits, the sport is recognized as a complete sport.

It is clear that eSports is still in its infancy, and current competitions and titles are likely to change in the future.

Advances in virtual reality technology mean that both developers and users are embracing richer and more interactive experiences than ever before.

We can see fans participating remotely in tournaments around the world in collaboration with their favorite professional players or see how social media affects how tournaments are judged and designed.

As a result, the industry has seen a major surge in investment from venture capitalists and, more recently, private equity firms. According to Deloitte, the number of eSports investments doubled in 2018 from 34 in 2017 to 68 in 2018.

It’s also reflected in total dollars invested: Investments totaled $4.5 billion in 2018, up from just $490 million a year earlier, a staggering 837% year-over-year growth rate, according to Deloitte.

This investment is shared among players across the ecosystem – from eSports organizations to tournament operators to digital broadcasters – to keep it functioning and growing.

As racing video games become more integrated into popular culture, global investors, brands, and the media are starting to take notice. users too. According to our forecast, there will be 29.6 million monthly eSports viewers by 2022, up 11.5% from 2021.

The pop culture of the eSports industry has helped fuel a boom in eSports investment and revenue. Esports has reached this stratosphere in large part due to the social component of live streaming and gaming.

Video game-only streaming platforms like Twitch and YouTube Gaming have provided fans with direct connections to players and teams, while more mainstream social networks have allowed those connections to thrive.

Some eSports organizations, such as FaZe Clan, are also aggressively moving into areas such as merchandising, giving their brands more exposure than if they just stuck with eSports.

Advertising includes revenue from advertising targeted at an eSports audience. Including advertisements shown during live streaming on online platforms, in eSports game video-on-demand content, or on eSports television.

Brands from Intel and Samsung to Coca-Cola, Arby’s, and Redbull are already targeting eSports audiences. Especially given their significant purchasing power. Currently, advertising on many eSports platforms remains much cheaper than on more traditional sports.

As the audience and influence of eSports continue to grow, engagement with that fan base will become more expensive. Advertising currently accounts for 22% of the industry and is one of the largest streams. It’s expected to grow to $224 million by 2020.

While lifestyle brands and non-endemic brands (brands that are not native to the gaming industry) are also moving from experimental to dedicated eSports budgets.

The biggest revenue driver for the industry is sponsorship (38%). Sponsorship is expected to grow to $655 million by 2020. Primarily as new brands (especially lifestyle brands) enter the industry in the years to come.

This opens up many great opportunities for existing entrepreneurs and sports companies. By developing a powerful and unique eSports application or software, you can achieve extraordinary results for your sports business.

You might consider investing in one of the popular ideas. Like an esports tournament app development services platform or creating a unique one.

Whatever idea you choose, be sure to consult with the experts who will help you implement it. Whether you are looking for a reliable company or a dedicated developer who specializes in creating eSports apps.

The eSports market is known as a part of the gaming or sports industry. However, the current scenario shows that eSports itself has grown into an all-encompassing industry.

Now it will be more interesting!

See how the eSports culture develops in the future and what other Spossibilities we can achieve.

With that being said, if you really are a game fanatic, then esports still have a lot to offer! Just keep supporting esports like before, and the perks you would be witnessing would be profound!