Home > Technology > How To Get Started As A Metaverse Developer? 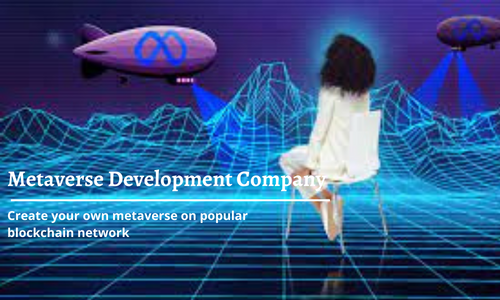 How To Get Started As A Metaverse Developer?

The metaverse has graduated from the status of a buzzword to the possibility of becoming a business worth a trillion dollars, which has opened the door to a whole new universe of digital options. Building virtual worlds and infrastructures will require the assistance of many specialists with abilities such as coding, 3D modelling, and blockchain technology. These professions include architects, 3D designers, and developers, among others. This article takes a more in-depth look at the metaverse and the various paths that lead to becoming a developer for the metaverse. It doesn’t matter if you already have the necessary experience or are just looking to get started.

The Metaverse: What Exactly Is It?

First Things First: What exactly is meant by the term “metaverse”? As a result of the fact that it is still a developing technology, there is no definition of the metaverse that is widely accepted. However, the metaverse software development can be defined as a shared virtual space that is hyper-realistic, immersive, and interactive due to the utilization of augmented reality (AR) and virtual reality (VR) technology. People can participate in various activities within certain metaverses, such as Sensorium Galaxy, which will contain multiple virtual worlds. These activities include going to concerts or dancing with artificial intelligence-controlled virtual creatures.

A recent survey of game developers in the United States found that more than half of respondents settled on a definition that included a combination of multiple technology elements, including virtual reality, augmented reality, and video, where users lived within a virtual world. The survey was conducted by the Game Developers Survey (GDS).

A metaverse is a physical-digital hybrid that could be more enticing than the internet.

Metaverse Software Development: Primary Duties Associated With Working as a Developer for the Metaverse?

One of a metaverse software developer’s primary responsibilities is creating 3D assets for interactive and immersive worlds, including their design and production. The projects that can be pursued within the metaverse are not restricted in any way, and the virtual things that can be produced can take anything from infrastructures to games and experiences. It is the job of developers to construct environments that function faultlessly and are capable of seamlessly incorporating consumers into virtual experiences.

Abilities in the Technical Arts Required of a Metaverse Software Developer:

The construction of a metaverse calls on a wide range of technological skills, particularly those connected to emerging technologies such as augmented and virtual reality, artificial intelligence and blockchain.

Here is a list of some of the skills and tools you should think about:

Metaverse developers must be fluent in Swift, Python, and JavaScript.

The ability to work fluently with software development tools is also essential, and developers might select specific fields of application such as mobile development, web development, or gaming development to focus on. In each of these areas, developers need to understand code architecture, UI/UX development, the utilization of specific APIs and third-party libraries, and security best practices.

The production of 3D things in the metaverse is crucial to the expansion of the metaverse and a wonderful creative outlet for developers and users alike. Users and developers can sell their works as NFTs or collectibles if they want. In this case, a developer should be good at 3D modeling and may use more than one platform to make high-quality content. These platforms include Unreal Engine and Unity and open source options such as Blender.

A lot of metaverses, like Sensorium Galaxy, have AI-based experiences and virtual beings that users can interact with. This means that people with skills in AI development will be in demand.To be able to deploy AI models, a metaverse developer will likely be fluent in one or more programming languages, such as Python, C++, and R. This is necessary for the task at hand. In addition, software developers should have experience working with artificial intelligence frameworks such as TensorFlow, Caffe, or PyTorch and be able to deal with deep learning (DL) methods.

Users will interact with virtual spaces that include all of these technologies at their core. Therefore metaverse developers need to have expertise in developing virtual and augmented content to prepare users for this experience. As a result, it is reasonable to expect a developer to know these platforms and how they interact with various types of wearable virtual reality gear, such as Oculus, HTC Vive VR, and PSVR.

A lot of things in the metaverse, like avatars and digital products, can be used to make NFTs, which users can then trade for cryptocurrency. Native financial tokens (NFTs) are another name for NFTs.

This is the situation with Sensorium Galaxy, which uses SENSO as its only means of facilitating all transactions within its metaverse. The Web 3.0 blockchain, smart contracts, and other technologies should be familiar to developers. Minting is another essential technology. Being able to code in several programming languages, such as JavaScript or Solidity, is a unique skill in this context.

In addition to the talents listed above, producers of the metaverse will need to have creative skills and a love for comprehending the kinds of experiences that would entice users to participate in virtual worlds.

There are distinct names for the role of a metaverse developer, and they have a wide range of responsibilities.

As the metaverse continues to enter a phase of rapid and heavy development, businesses of all sizes, from fledgling startups to established industry powerhouses, are racing to get on board by making significant investments in recruiting professionals who can build their metaverses. It is fair to assume that Meta, formerly known as Facebook, has some advantages since it has led the charge in efforts to develop the first fully-fledged metaverse, and it is the owner of important technology such as Oculus VR. Additionally, the business has released Horizon Worlds, which functions similarly to a sneak peek at a prospective metaverse.

Microsoft has strongly emphasized developing virtual environments conducive to professional and commercial settings. As part of this endeavor, the company has created virtual offices for enterprises who seek a metaverse presence and collaborative tools. Google has also indicated that it is acting, although it hasn’t revealed any major metaverse projects.

If you want to work in the industry, here are some of the jobs you might see :

You might want to see what Metaverse Software development services companies offer.

The competition to create the metaverse has just begun, but it is already picking up speed with each new day. There is a significant amount of unrealized potential and creativity in this domain. Metaverse creators are vital to expanding the metaverse and bringing it to life. As more competitors enter the market, demand for such professionals will only climb, creating more chances.

The metaverse hasn’t reached its full potential regarding how far it can go. Tech experts are looking at different methods and technologies to develop ideas for more exciting and valuable metaverse campaigns.

RisingMax Inc. is an all-well-known online metaverse campaign from the present day. The people who make these things use important metaverse technologies like blockchain, web3 development, DAO development Services, cryptography, and NFTs.

How Effective Are Natural-Juices in Treating Erectile Dysfunction?

Necessary Things You Should Know About VPS Hosting Services?

Best techniques to secure your PC from threats