Home > News > The Parasite Attack On ApeCoin And Avalanche 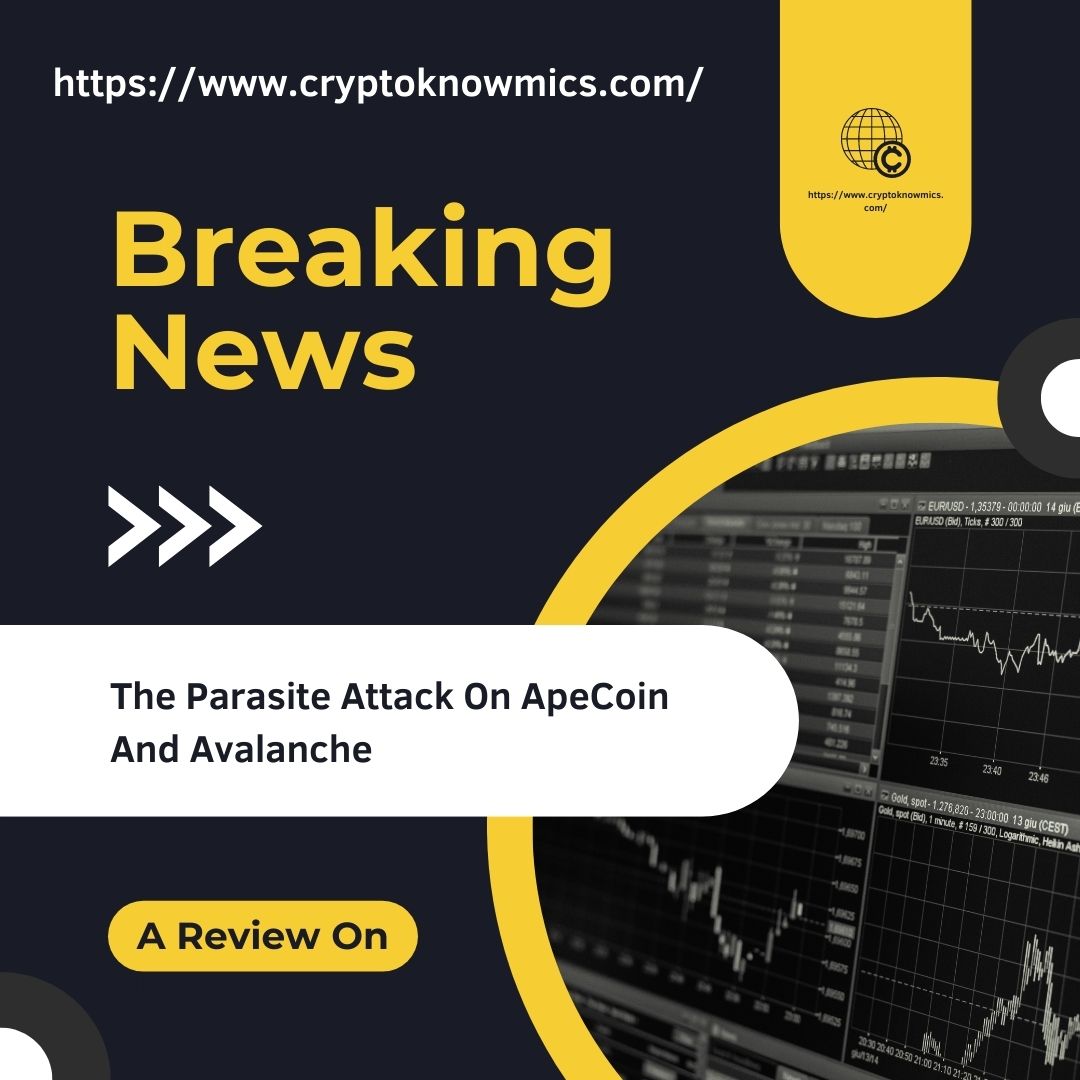 The Parasite Attack On ApeCoin And Avalanche
Business

After the profitable but costly release and distribution of virtual landholdings in Yuga Labs’ virtual world, Ava Labs published a proposition claiming that Avalanche is the right ledger environment for the much-anticipated Otherside universe. One of the perks of introducing it on Avalanche, according to the plan, is the faster processing pace and minimal costs. Although this proposition is never the issue, the manner in which Ava Labs approached it makes one wonder about the company’s genuine objectives. There are plans for the parasite attack on ApeCoin. Will it happen? What are the intentions? Let us understand everything below.

The Parasite Attack On ApeCoin

Given the correspondence between the plan’s creator, advocates, and detractors, there are motives to fear that the ApeCoin ecosystem is under parasitic assault. The introduction and initial auctions of Otherside property NFTs reaffirmed team members the thing they already knew: Ethereum network bottleneck and expensive charges are recurrent challenges, at a minimum for the years ahead. With many millions of dollars in ETH paid as charges to generate Otherside’s NFTs, this was evident that Yuga Labs needed to discover and use a number of methods of mitigating the influence of Ethereum’s flaws on future growth initiatives.

Ava Labs said in the proposed concept that the introduction of Otherside on Avalanche promised: “potential community development via faster processing transactions, more bandwidth, better scalability, and cheaper gas prices.” The entire concept focuses on Avalanche’s capacity to run a specialized blockchain network known as subnetworks that may deliver a seamless transactional environment powered by the application’s preferred native coin. Charges on the ApeCoin subdomain would be minimal in comparison to Ethereum’s existing prices, and these charges may be settled via APE coins, giving even another benefit to owners. The best AVAX wallets 2022 will be helpful to achieve that.

The Proposal Is Confusing

A few users on the administration board debate on Avalanche’s plan brought this critical truth to light. To be clear, ApeCoin does not hold responsibility for and does not reflect anything associated with Otherside. Also, there was doubt about the Avalanche environment’s decentralization or absence altogether.

The proposal got confusing for all. There was absolutely no legitimate justification for the corporation to reach such lengths to publish a proposed concept on ApeCoin’s community site without first consulting or communicating with Yuga Labs. This complete saga also coincides with Yuga Labs’ apparent efforts to persuade everybody that Ethereum does not represent the best-decentralized cryptocurrency for ApeCoin. Furthermore, the Ava core team failed to respond to members’ queries or assuage their anxieties. Rather, Ava Labs decided to provide statements where some of the group members stated that they had had a great time with the ApeCoin ecosystem.

Nowadays, the best Avalanche wallets 2022 exist, and people will support Avalanche. ApeCoin is less likely to get support. An ApeCoin DAO participant explained that the team had already begun to profit from infecting the membership well before polling. He said that the Avalanche group is aggressively courting crypto journalism under their branded version and obtaining advertising papers. Right now, the Avalanche team is attempting to penetrate the network in a bid to profit from ApeCoin, and the team fears they may cause them harm until the initiative is drained and dissolved. That is actually a chronic condition for ApeCoin.

While Ava Labs’ request has indeed received 40 polls and is undergoing the next step of consideration, there is minimal possibility that it will be implemented because there is a current initiative pushing for ApeCoin to remain on Ethereum. Regarding Yuga Labs’ request to shift to a specialized layer network, a participant submitted an idea headlined Keep ApeCoin inside the Ethereum platform. Some individuals have requested people to vote for and endorse this proposition in order to prevent Ava Labs from successfully influencing the ApeCoin community to choose Avalanche. Avalanche could have a better chance to win in the next few weeks.

The parasite attack on ApeCoin has happened, and Avalanche is responsible for that. ApeCoin may try all its best. Now, this is not a regular attack that is done over cryptocurrencies in order to steal them. This is an attack on a community, the one that is working hard. Where to buy Avalanche crypto? Many people ask that question. Binance is the best option. Although Coinbase is good for you if you are a beginner. Binance has different trading options for different cryptocurrencies. ApeCoin is also available on Binance and Coinbase. Both are competing with each other.

Find pet friendly hotels near me