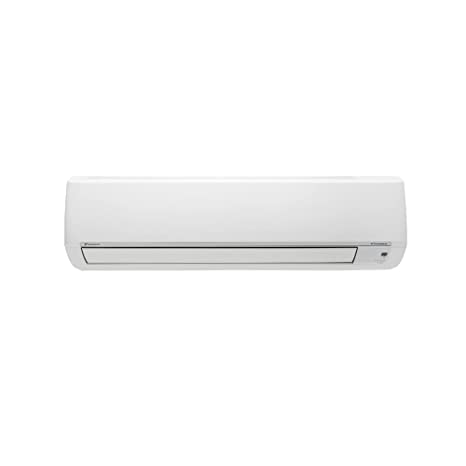 Which is Better: Daikin Split AC or Daikin Window AC?

Both of these air conditioners have the job of keeping the room at a comfortable temperature, but their designs are quite different from one another. Let us compare the two of them and observe how they vary from one another.

When you buy a Daikin air conditioner on EMI online, you can take advantage of the fantastic deals, discounts, and offers that are available.

This indicates that Daikin AC is a smart alternative for those who are shopping on a limited budget. Because of the way that it is built, a window air conditioner is more suited to providing cooling for smaller rooms.

Window ACs have the appearance of having been manufactured in another era. It’s possible that they’ll look bad and detract from the overall look of your wall. Because of how old it is and how useful it is, some people may not like the way it looks.

Every room in the home may benefit from the sleek, modern appearance of a split Daikin AC system. It is designed in a way that is both modern and streamlined, which makes it stand out.

Space to accommodate the installation

When compared to split ACs, window ACs need more wall space. It’s installed in the window. Most of the time, it blocks out natural light, which makes it more likely that someone will break in.

The indoor unit is affixed to the wall of your room, and the outdoor unit is fastened to a suitable spot outside the building.

Window air conditioners produce more noise than split systems since the compressor is built into the cooling unit itself. Air conditioners installed in windows have the potential to produce a loud noise.

Since the compressor and condenser are outside the room, they don’t make as much noise inside the house.

In terms of the features bundled inside the Daikin AC,

In order to get the most out of your money when purchasing a window air conditioner, you will need to be ready to give up a lot of the features that are available. Split air conditioners have more functionality than these units. Advanced features may be available on certain window ACs.

A variety of high-tech functions, such as a sleep mode, an auto-cleaning function, and an auto-diagnosis function, are available on split air conditioners. Because of the way that they are designed and the technology that they employ, these functions may be added.

The ease of maintenance

In general, window air conditioners are low-maintenance electronic items that are fairly easy to maintain owing to the fact that all of their components are cohesively integrated into a single unit. This makes it possible for the whole device to function as one cohesive whole.

On the other hand, if you have a split AC system, you will need to hire a specialist or a professional to do routine repairs and maintenance on it at the proper intervals.

There is a possibility that you may have to pay a fee, whether it be for the installation, the repair, or the maintenance of the Daikin air conditioner.

Each of the two types of Daikin ACs has its own set of benefits. Choosing a window unit if you have a limited budget or need to cool a small area is a good idea.

Shop for Daikin ACs at Bajaj Mall at the lowest EMI

Bajaj Mall features a large assortment of Daikin ACs for residential usage that may even be financed by them.

Daikin air conditioner prices may be more than other manufacturers, but buyers won’t mind since every Daikin device guarantees a longer lifespan and superior cooling than the competition.

When you buy a high-end window AC from the Bajaj Mall, you won’t have to worry about making an initial payment

How Can A Bulk SMS Service Provider In Gurgaon Be Used For Internal & External Communications? 

Self-Cleaning Car Washing At Its Best

Photography Studio Rental – How It Is Beneficial For Photographers

5 BEST PLACES TO VISIT IN COORG

7 Things Do You Need to Before Traveling to the UK 

All About Vacuum and mop combo